In-mould Tg prediction of EPIKOTE(TM) Resin RIM 035/RiMH037
PRINT
The aim to monitor the Tg of wind blades during production in a reliable, quantifiable and non-intrusive way throughout the manufacturing process is old and unfulfilled. Until now…

Synthesites have achieved to track the reaction of the most popular thermosets resins for serial production of RTM parts until the full cure, accurately predicting the Tg evolution at the end of cure at various industrial conditions.

Synthesites has been involved in several industrial wind energy projects for real-time monitoring of the processing of Hexion's EPIKOTE RIM035-RIMH 037 resin system, building a unique knowledge on how to monitor the evolution of Tg under any standard or non-standard cure cycles. Furthermore, a database with kinetic and viscosity models has been developed in order to combine/ adapt them to the online Resistance and Temperature measurements.

As an example, a resin infusion of a large curved part in a VARTM mould cured at 80oC. For the process monitoring, an Optimold system was used in combination with a durable in-mould sensor and the resistance and temperature were recorded using Optiview throughout the cure cycle as can be seen in the figure below. 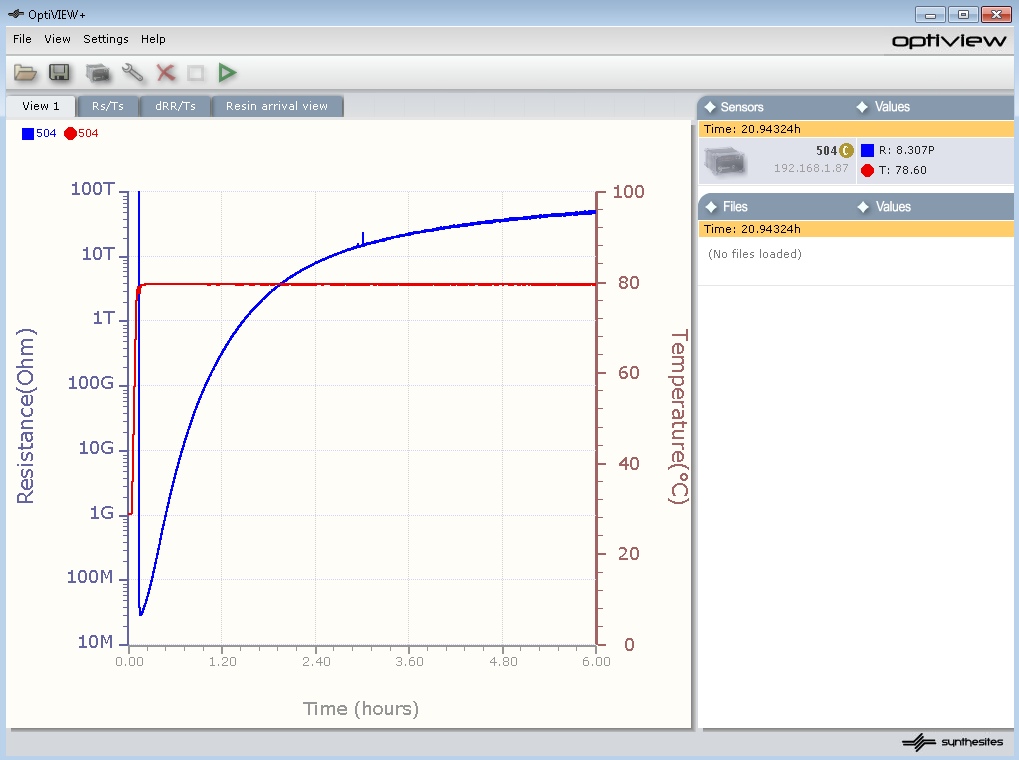 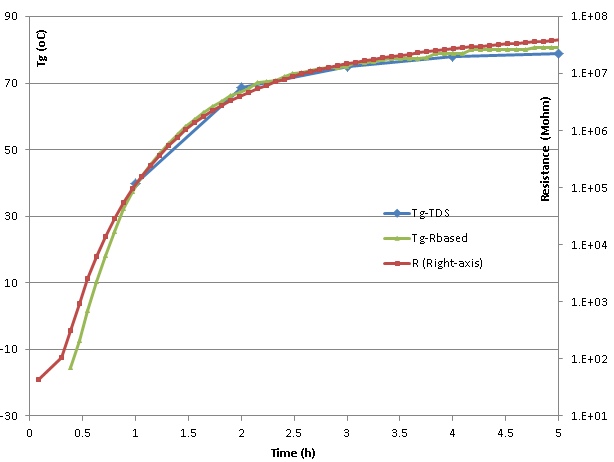 In an extended study in collaboration with Carbon Rotec, Germany, the performance of the online Glass Transition Temperature (Tg) estimation tool was verified against the DSC Tg estimation. As can be seen in the table below, the difference between the two values for various representative windblade curing profiles including highly non-isothermal cases, is within DSC accuracy [1,2]. 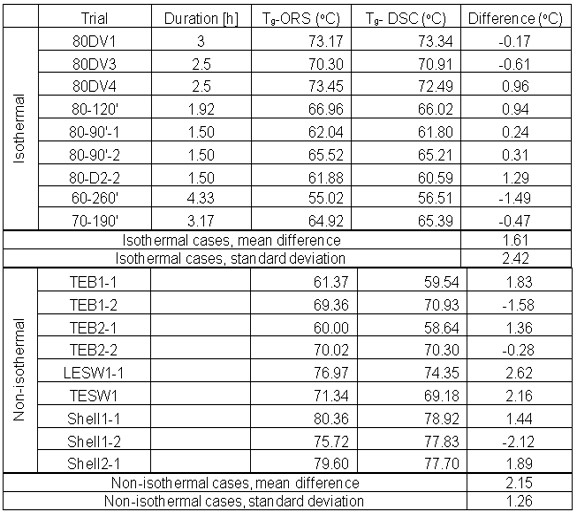 Please refer to the following publications for further details:

IMPROVEMENT OF PRODUCTIVITY AND QUALITY IN THE WIND ENERGY INDUSTRY THROUGH THE USE OF AN ADVANCED SENSOR SYSTEM, Christian Lauter, Klaus-Peter Jaquemotte and Nikos Pantelelis, SAMPE Europe Conference 2017, Stuttgart, Germany.

The video demonstrates how the Online Resin State (ORS) software works during the Vacuum Infusion and curing of a Wind Turbine Blade (long) component.

Online information provided is the measured Resin's temperature and resistance at two locations and the estimated Glass Transition temperatrure (Tg).
For practical purposes the duration of the video was accelerated by 100.

(*) EPIKOTE, RIM 035 and RIMH037 are trademarks of HEXION SPECIALTY CHEMICALS.